All Collections
Fader Tutorials
Tutorial 2/6: How to produce your first Fader story in a few simple steps

Tutorial 2/6: How to produce your first Fader story in a few simple steps

Once you upload all your media, you are only a few steps away from publishing your first story. 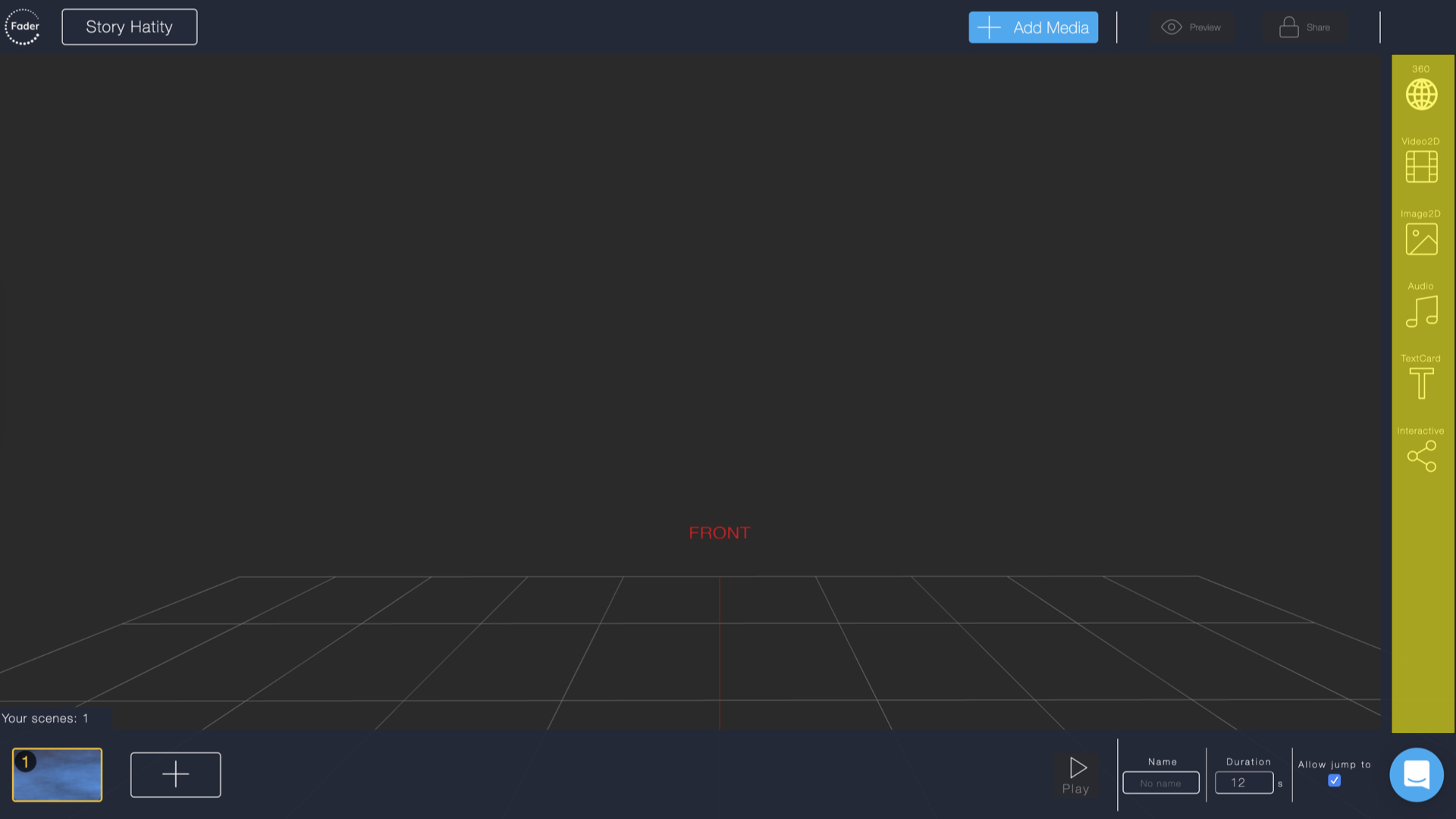 We are going to pick 360º and we see three 360º pictures we uploaded to this story. Click on one of the pictures. 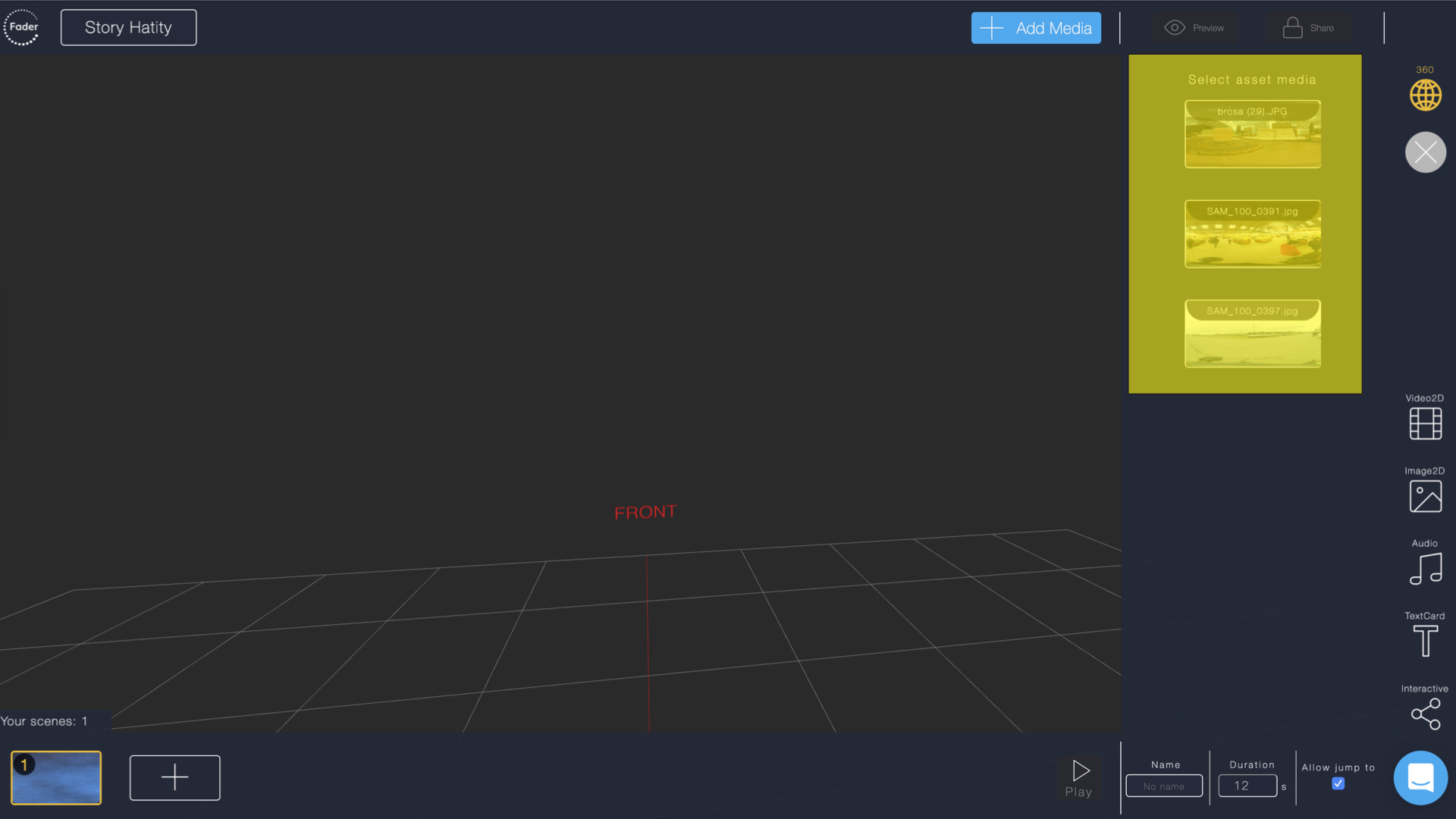 You will now see the 360º image in your first scene and you have some options for that image. You can rotate it (e.g. if you want to make sure that the user will look at a specific angle at the beginning) and you can also remove it again to pick something else.
When you are happy with your first scene, click on the plus sign at the bottom left of the site and create your second scene. 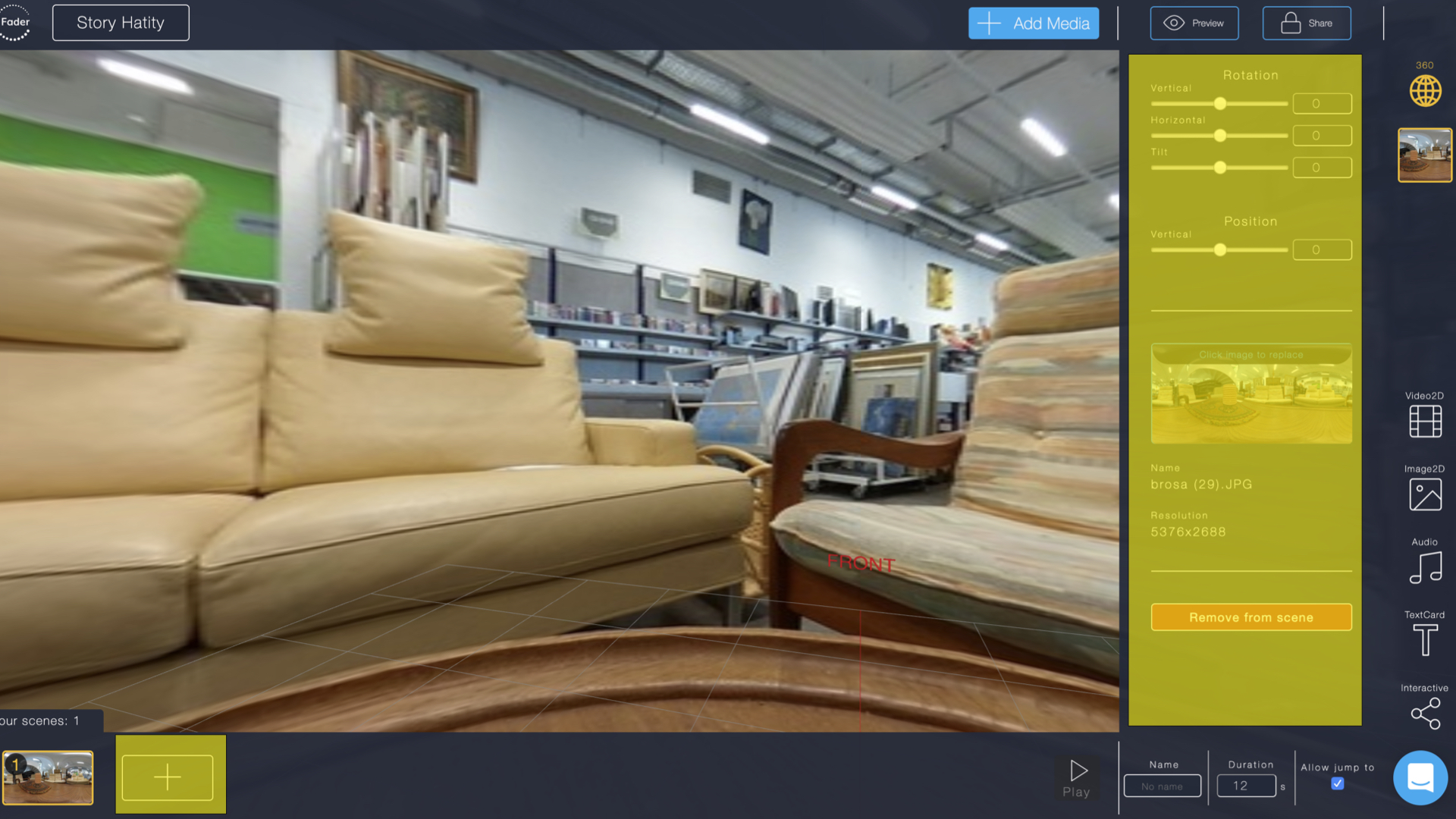 Now you are in your second scene and you basically repeat what you've done in your first scene. 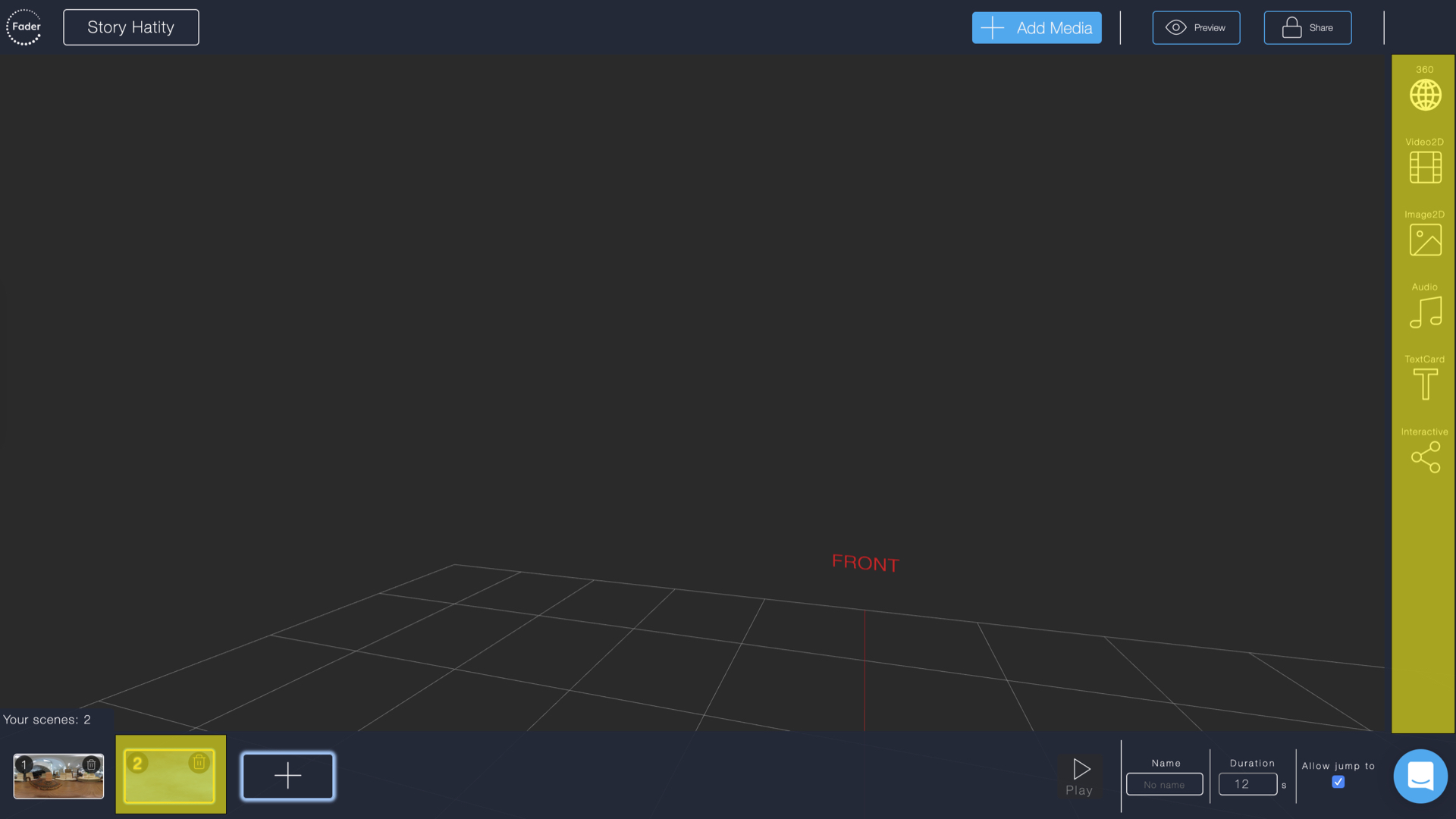 You choose another 360º image and include that into your second scene by clicking on it. 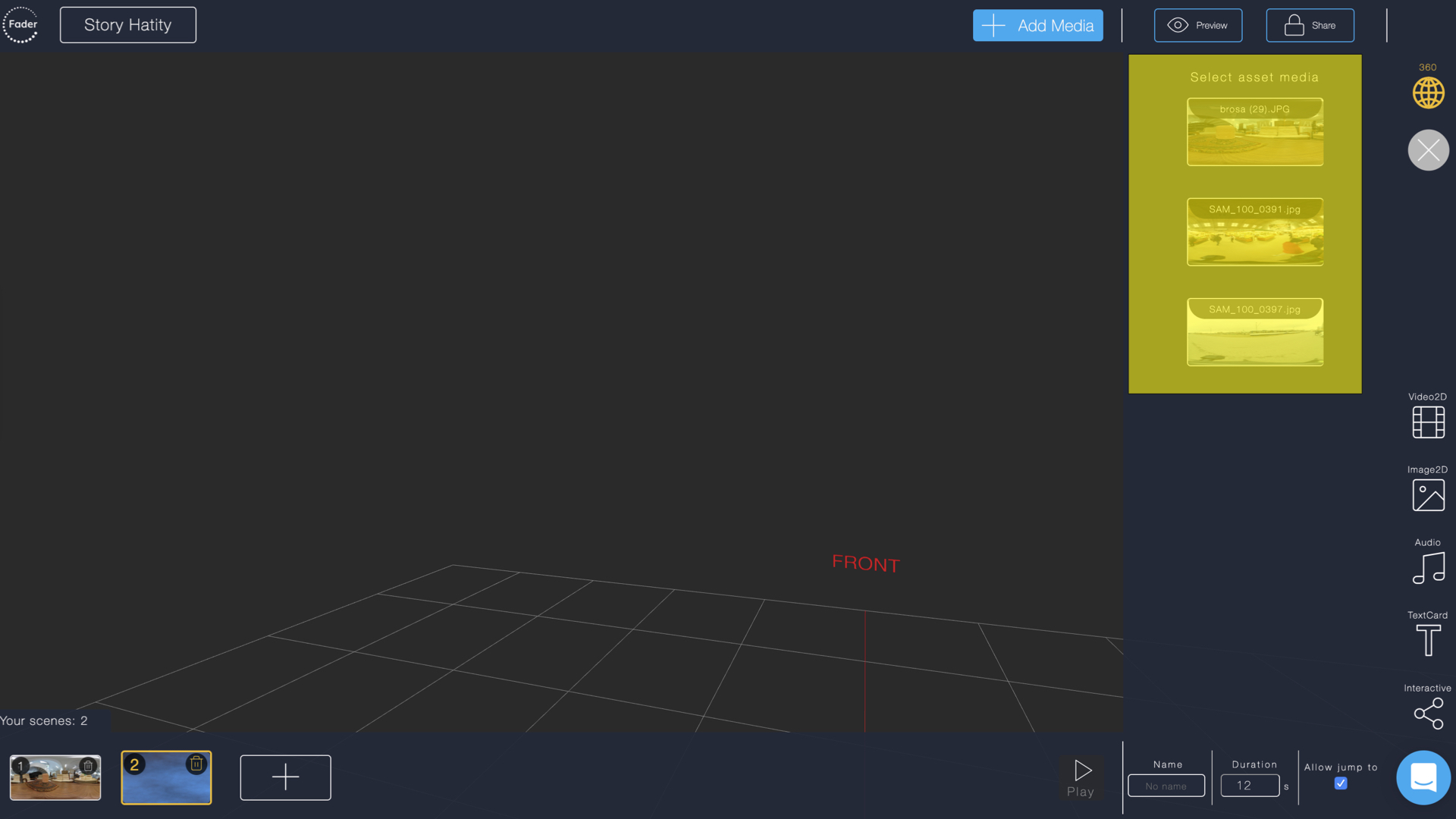 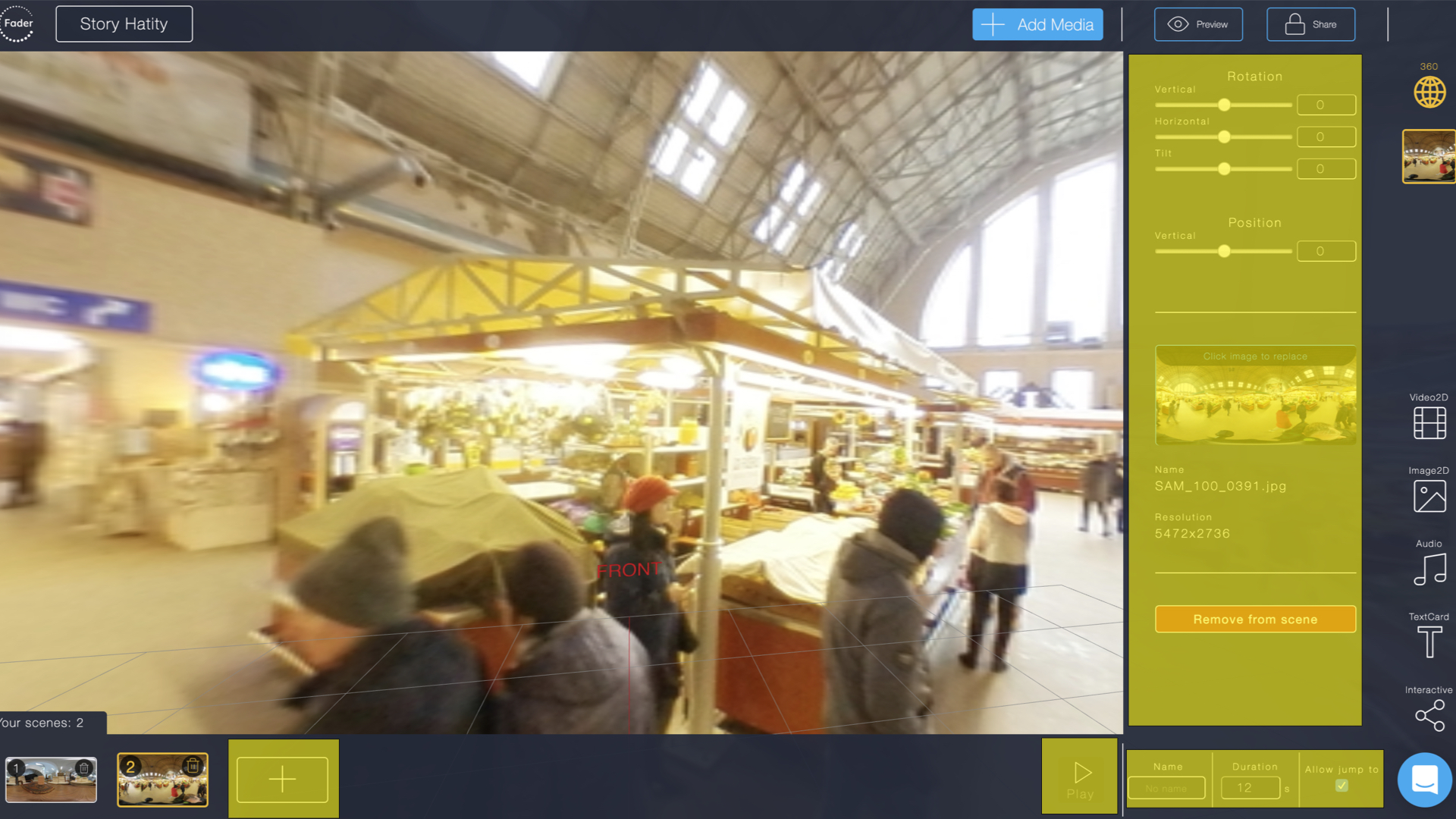 Again, you click on another scene and you can add material. These scenes can be switched around (try it by dragging one scene over another), deleted etc.
Since Fader is web-based, you can add/change your story even after you published it. 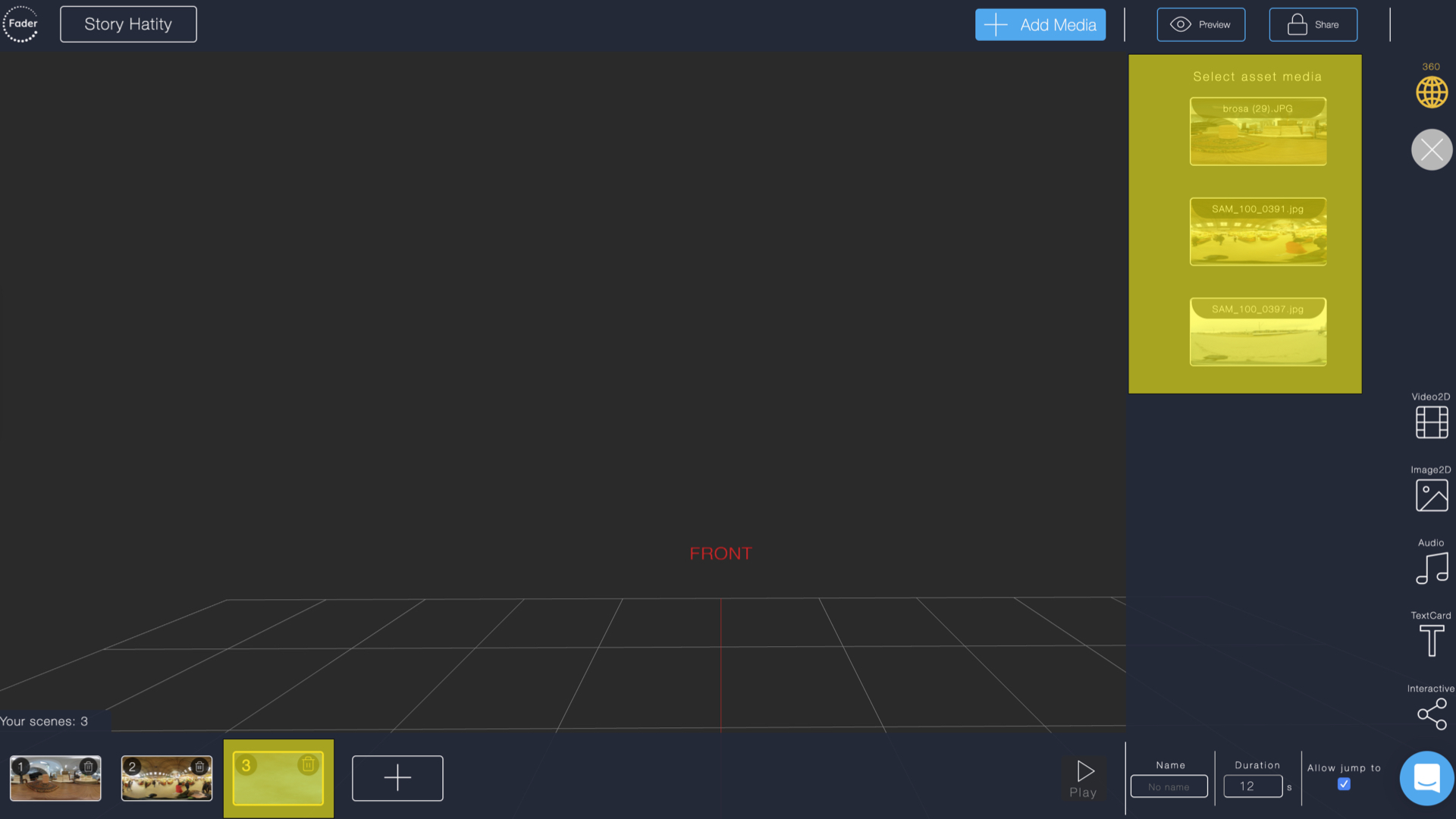 Once you feel like you added enough scenes, you can either preview your story or publish it right away. 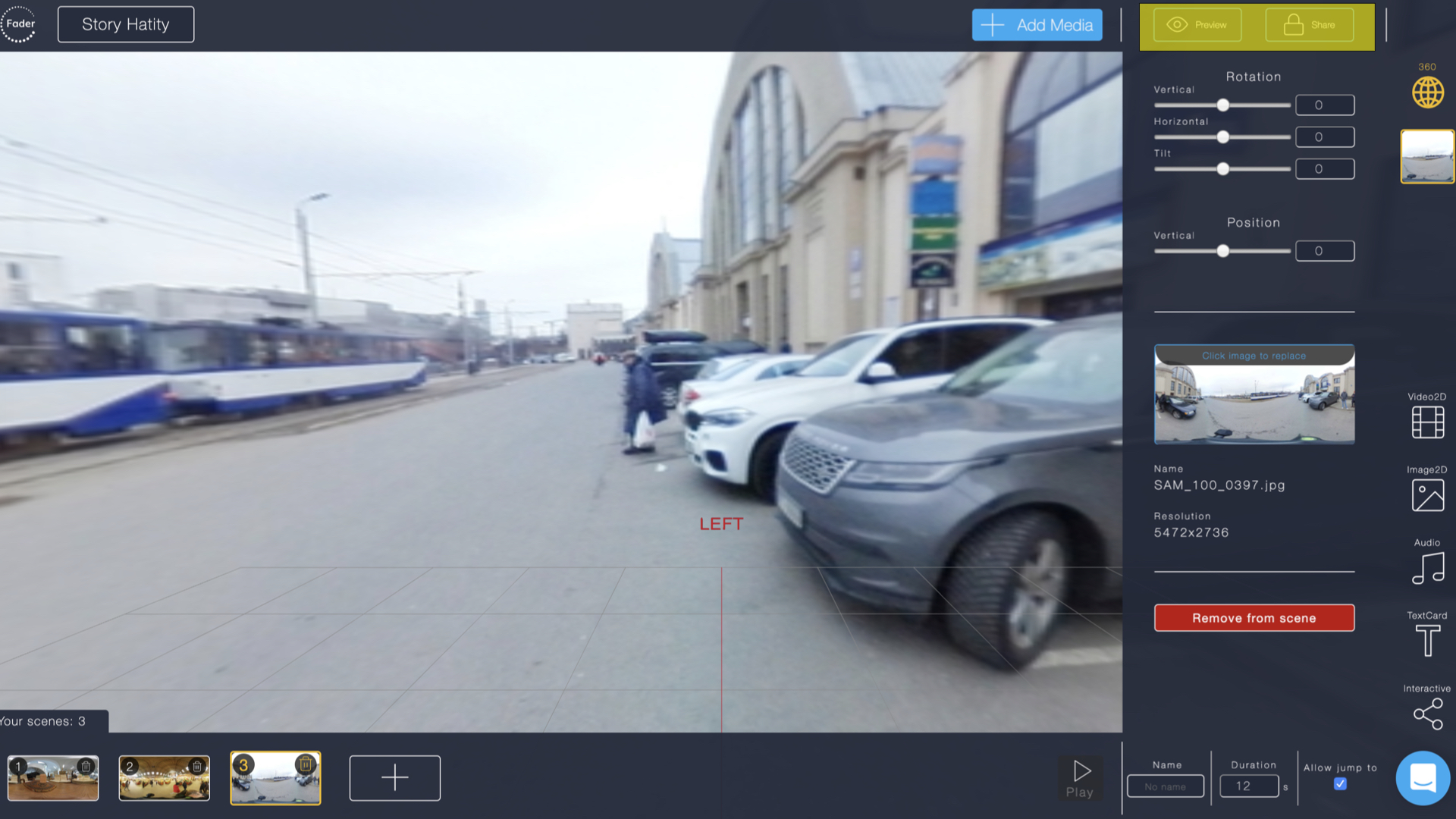 Of course, you can always add interactive hotspots  or simple text to your 360º story.

And if you have any further questions, there is a blue Intercom sign at the bottom right of each of our pages - drop us a question and we will answer them as soon as possible.